« Can You Get More from Social Security? | Main | How to Prevent The Top Six Retirement Planning Mistakes »

“I came in with Halley’s Comet in 1835. It is coming again next year, and I expect to go out with it. The Almighty has said, no doubt: ‘Now here are these two unaccountable freaks, they came together, they must go out together.’” 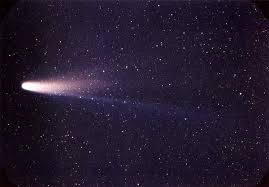 Mark Twain was right. He passed away one day after the comet’s closest approach to earth. A month later, his last will and testament was admitted by a Connecticut probate court appointing three friends as executor trustees to administer his estate. According to the article “Who will advocate for your estate?” appearing in 83 degrees, his choices turned out to be a terrible mistake.

Twain thought long and hard about his estate. He selected a railroad executive, a businessman and a banker to be his executors. He had two concerns: to protect his only child and sole heir, Clara Clemens, and to keep his money in the family.

He understood the complexity of his estate, which included manuscripts, stocks, bonds, copyrights, real estate, book deals and the management of The Mark Twain Company. He also knew that his daughter was a spendthrift. The three executors, he thought, would advocate for him and protect his daughter.

His trust specifically directed quarterly income payments to Clara, “free from any control or interference from any husband she may have” because of her tendency to marry, divorce and remarry.

However, three executors were not enough. One died, another quit under duress and the third was forced to resign. Without having named perpetual successor trustees to implement Twain’s wishes, the estate was up for grabs. Clara remarried and her next husband borrowed $350,000 against the estate. Clara then disinherited her own daughter before dying. This promoted Nina to file an undue influence lawsuit against her stepfather. A probate judge eventually awarded Clara’s second husband 65% of Twain’s estate for life.

How was it possible that this happened? Who was looking out for Mark Twain’s wishes? Sadly, no one.

Twain had one heir, and he was aware of her weaknesses. He planned right, but selected the wrong individuals to be his executors. They were not up to the task of managing his complex estate and his daughter’s life decisions. This is a case where a professional executor and trustees would have likely been a better option.

Speak candidly with your estate planning attorney about your potential executors and trustees. Will they be able to manage the necessary decision making and personalities in your family? Consider whether an impartial and trustworthy professional might be a better option.

Posted at 08:06 AM in Executor, Last Will and Testament, Revocable Trust, Successor, Trustee | Permalink