“Target-date funds, in theory, offer retirement savers a no-fuss way to invest without having to worry about allocations, rebalancing and glide paths.” 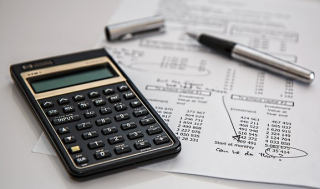 The theory is great: just pick a fund closest to the date when you plan on retiring and sit back and let the fund work. However, for many, including those who invest in common 401(k) offerings, not understanding target-date fund’s functions leads to them being misused, according to a whitepaper discussed in an article from Barron’s titled “Retirement Savers Are Misusing Target-Date Funds. 3 Mistakes to Avoid.”

The whitepaper, “Five surprising facts about target date funds” from a benefits solutions provider, examined 2.5 million investors on target-date funds (TDFs). Only 11% understood how the funds were structured—so that workers need only invest in one fund—and only 14% knew that the funds rebalance over time.

One factor in the lack of understanding may be that they are built around a single variable—the age of the worker—and don’t address other factors in investing. Portfolios are usually invested based on things like risk tolerance, attitudes about active vs. passive investment, savings rates, existing 401(k) balances and other assets owned. People could be about the same age, but their investment outlooks and financial situation may be completely different.

Here are three common mistakes made with target-date funds:

Investing in multiple target date funds. In most cases, you really only need one retirement or “vintage” date. There may be a reason not to do this, such as when there’s a big age difference between spouses and the 401(k) is expected to provide the bulk of retirement income for both people. However, in most cases, it’s like trying to go on several different diets at once.

Not taking a set it and forget it approach. These are “lifecycle” funds that are intended for long-range investing. Almost half of people who are fully invested in them move out within ten years. This is probably due to a lack of understanding that TDFs are diversified funds. When people look at their 401(k) statements, they may think they’ve put all of their investments into one fund and seek to diversify their portfolios. However, the TDF is already diversified.

Going from a TDF to extreme changes in asset allocation. Among those who stopped using TDFs, almost half went from the TDF to a portfolio invested entirely in equities. 14% went all-in on fixed income, according to the study.

Those who went away from TDF were most likely to be closest to retirement age, and a little over a third of people age 60 or older went completely away from TDFs. Many who switched out of TDFs and went totally to equities did so because they wanted to get higher returns as they got closer to retirement.

TDFs can be an excellent way to save for retirement, but they need to be used correctly.

Posted at 09:14 AM in Equities, Retirement, Target Date Funds | Permalink