« What are the Penalty-Free IRA Withdrawals? | Main | Where in the World Do You Go to Retire If You Like The Snow? »

How Does the Death of Prince’s Brother Impact the Late Rock Star’s Estate?

“The death of Prince’s brother Alfred Jackson, along with his contested will, are raising new questions in the endlessly complicated efforts to settle the legendary musician’s estate, including whether a California man with a reputation for cozying up to celebrities will end up with one-sixth of Prince’s riches.” 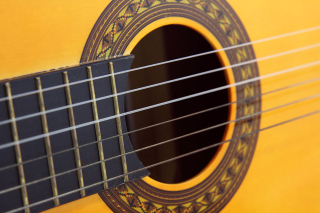 Alfred Jackson was one of six of Prince’s siblings who were heirs to their brother’s fortune worth at least $100 million. But they sold 90% of his estate rights last year to Primary Wave, a well-funded and growing entertainment company that invests in music publishing and recording rights. Prince’s sister Tyka Nelson also struck a deal with Primary Wave, and was given cash up front as the estate proceedings drag on.

The StarTribune’s recent article entitled “Death of Prince heir complicates estate settlement even more” reports that because of these moves, about a third of Prince’s assets could wind up being controlled by parties who were not related to him—which adds to the tough job of settling the late rock star’s estate.

Just a few hours after signing with Primary Wave in August of 2019, the sixty-six-year-old Jackson succumbed to heart disease, while at his home in Kansas City. However, unlike Prince, he had signed a will. Jackson did not have a wife or children. However, in another twist, rather than leaving his estate to his siblings, he bequeathed all his assets to a friend, Raffles Van Exel, who claims to be an entertainment consultant. However, he’s best known for hanging out with Whitney Houston in her final days, as well as Michael Jackson’s family. Exel was also a creative force behind O.J. Simpson’s notorious “If I Did It” book project.

Primary Wave’s deal with Jackson is being reviewed by his own family, at least his siblings who aren’t related to Prince. They aim to contest his will.

Prince’s accidental death by fentanyl in 2016 created one of the largest and most complicated probate court proceedings in Minnesota history. That’s because the rock star failed to draft a will. The value of his estate is somewhere between $100 million to $300 million estate and is comprised of potential music royalties.

Prince’s heirs are unable to get their money from his estate until it is settled. Because the probate proceedings are dragging on, Primary Wave offered Prince’s heirs the chance to raise cash by selling their estate rights. These heirs are all approaching 60Jackson wanted to enjoy life now, rather than wait for the process to be finalized. The siblings, by that time, may be too old, sick or dead to enjoy their inheritance.

Primary Wave tried to get at least three of Prince’s siblings — Sharon, Norrine, and John Nelson, to sell their estate rights. However, the three refused and said in a recent court filing that they are concerned that Primary Wave will use its deep pockets to their detriment. The company’s involvement would only lead to more delays and tensions, the siblings said in a letter directly to the probate judge. With the case draining their “limited resources,” the three explained that they are unable to pay legal counsel in this case and are representing themselves.

The terms of Primary Wave’s deals with Tyka Nelson and Alfred Jackson are private. However, the company has been asserting its rights in Prince’s probate case. A 2019 court filing said that the company says it “stands in the shoes” of the two heirs.