« How Does the Death of Prince’s Brother Impact the Late Rock Star’s Estate? | Main | Is Life Insurance a Good Idea for My Estate Plan? »

Where in the World Do You Go to Retire If You Like The Snow?

“Retirees who relish the pleasure of watching the seasons change, and love the special energy of winter, should consider these five affordable countries that feature colder winters and offer residency visas.” 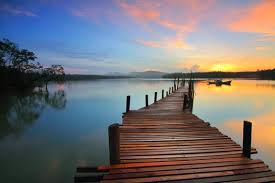 There are many people who imagine playing golf in Arizona or lying on the beach in Florida during retirement. However, that is not everybody. There are some who would rather bundle up and enjoy the snow, says Investopedia in its recent article entitled “5 Best Countries to Retire to If You Love Winter.”

Let’s look at some of the snowy spots around the globe where retirees who like to ski, ice state, and make snowmen or snow angels can retire.

Italy. Most everyone knows about the art, food, and rich culture in Italy, but the country’s inland is a winter lover's dream. Specifically, the Abruzzo region is a great place for retirees who like to ski. Retirees can apply for an elective residency visa with the Italian consulate. This permits a retiree to stay in Italy. However, this visa doesn’t allow you to work. In five years, you’re eligible to apply for a long-term resident visa.

France. You have certainly seen that this country is beautiful all year round. However, it’s fantastic during the winter when snow can be found in many regions. France has several spots where retirees can ski, including the Northern and Southern Alps, the Pyrenees and Massif Central—Europe’s largest volcanic site. Although the overall cost of living is a bit higher than in the U.S., the expense of renting an apartment or a home is quite affordable. Retirees can apply for a long-stay visitor visa through the French consulate. It’s valid for a year, and if you want to stay in France for a longer period of time, you’ll must apply for an extension. Similar to the Italian visa, the French visa doesn’t let you to work while you are there.

Switzerland. This country enjoys lower taxes and extremely good healthcare. These are two good reasons to consider retiring in Switzerland. Along with skiing, retirees can participate in curling, snowshoeing, and many other cold weather activities. Another advantage is Switzerland’s central European location which makes it ideal for winter breaks in Germany, France, or Italy. Like the other European countries mentioned, to retire in Switzerland, you’ll need to apply for a visa through the consulate.  Like in France and Italy, you’re not allowed to work there. It’s also important to know that Switzerland is not keen on foreign nationals applying for public benefits. As a result, it’s important that you have enough saved up to support yourself if you move.

Let’s now look at a few countries outside of Europe that promise plenty of fun during the winter:

New Zealand. This country has become an increasingly popular spot for expatriate retirees. The northern island has a warmer, more temperate climate. However, the southern island gets a good deal of snow in the winter. Remember: the seasons are reversed, so winter with the snow is between June and October. Unless you have children who live in the country, you’re required to apply for a temporary residency visa that’s renewable every two years. If you’re thinking of moving to New Zealand permanently, you'll need to apply for a resident visa. It’s also important for retirees to know that the financial conditions in New Zealand may be difficult for the average retiree. That means it’s expensive!

Chile. A quick look at the map will tell you that Chile is geographically diverse. Running more than 2,600 miles, the southern region of the country is a skier’s paradise during the winter months. The Portillo Ski Resort is world-renowned. There are also almost two dozen skiing destinations sprinkled through the Andes. The Chilean government issues temporary visas for retirees that are good for a year. You can renew your visa for an additional year, but then you must apply for “definitive residence” or leave the country.

Retiring overseas is a big move, so be sure to calculate what retiring abroad will cost to determine whether it’s a good fit for you financially.

Reference: Investopedia (January 14, 2020) “5 Best Countries to Retire to If You Love Winter”

Posted at 09:00 AM in Estate Planning Attorney, Retirement Planning | Permalink