« Can I Bequeath My Home to My Children without Taxes? | Main | How Can I Help with My Grandchild’s College Tuition? »

How Far Did a Phoenix Man Go to Get His Grandparents’ Trust Funds?

“More details are released about a Valley man accused of threatening to kill his brother over inheritance money.” 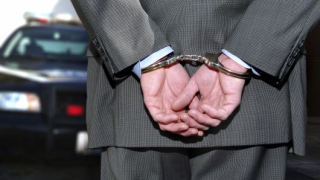 A 36-year-old Phoenix man stands accused of threatening to kill his brother to get his inheritance from his grandparents. Fox 10 (Phoenix) News’ recent article entitled “Lawyer details 'murder,' 'kidnapping' plan over an inheritance between brothers” says that Ross Emmick has been charged with extortion, stalking and conspiracy to commit murder.

There are three brothers in this case. Two, including the suspect, were adopted out of the family when they were small, and the other says he had no idea he had brothers. The trouble started when changes were made to their grandparent's trust. Documents showed scratched out names and clear changes made to a trust created back in 1998 by James and Jacqueline Emmick, the grandparents.

Ross is said to have talked his grandparents into naming him as the successor trustee, which allows a person to manage the assets for the benefit of the beneficiaries. However, Ross’ only job was to provide information to the beneficiaries—his two brothers, Patrick and the victim (who asked to remain anonymous).

Ross thought he could simply change the names of the beneficiaries. Patrick claims that in addition to the changes to the will, Emmick allegedly stole thousands of dollars before his grandfather died in June 2019.

Ross actually stole a bunch of money from James before he died and then walked out with $50,000 after his death, Patrick said.

"He tried to get some forms notarized for Power of Attorney, and the witness on the original, which was a housekeeper, said that they were in a stable condition and mentally, they weren’t, and even the notary had said that," said Patrick.

A large part of that was gambled away by Ross, an attorney for one of the brothers said. It wasn’t a well-administered trust, he said.

The brothers agreed to drop the case and divide the rest of the trust. However, that is when investigators say Ross began threatening the other two brothers.