« How Do I Handle Inheritance? | Main | Should I Let The State Write My Will? »

What’s Happening to Valerie Harper's Emmy Awards in Her Estate?

“Even in our topsy-turvy world of coronavirus chaos, one thing stands firm: thou shall not sell old Emmy awards on the open market.” 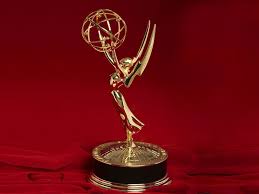 Vanity Fair’s recent article entitled “Lawsuit Nixes Auction of Valerie Harper's Emmy Awards” reports that the U.S. District Court for the Central District of California issued a temporary restraining order on behalf of the Academy of Television Arts and Sciences against Julien’s Auctions.

The Culver City, CA brokers of pop culture artifacts had planned to put four statuettes awarded to the late Valerie Harper up for bid at their “Hollywood: Legends & Explorers” event. Harper won the Outstanding Performance by an Actress in a Supporting Role in Comedy three years in a row for the role of Rhoda Morgenstern on The Mary Tyler Moore Show. She then won the Outstanding Lead Actress in a Comedy Series for her spin-off TV show, Rhoda.

The online bidding had already started, according to The Hollywood Reporter, with bids reaching as much as $8,000 for each prize. However, that is when the Television Academy went to court to stop the sale. The academy argued that the sale of Harper’s trophies would cause damage to the integrity of the Emmys, contending that its “economic existence depends on the exclusivity and achievement symbolized by possession of an Emmy statuette.”

Generally, when a person dies, and they bequeath some property to an heir in their will, the heir owns it. However, it’s a little different in LaLaLand. Specifically, it’s different with the awarding of Emmys. Technically, the Academy only loans the awards to the winners. While the winners may keep the statuettes for life and subsequently pass them on to their heirs as part of their estates, the TV Academy is still technically the owner.

In fact, Emmy Awards from 1978 to the present are awarded with an actual written notice that reiterates this policy. However, Valerie Harper’s awards are from 1975 and earlier, so there’s a bit of gray there.

The TV Academy posted a $15,000 bond to Julien’s Auctions, which would be used to cover the auction house’s cost claims for advertising and potential repetitional damages. Even without “Rhoda’s” awards, Julien’s “Hollywood Legends & Explorers” weekend was reported to be a success: a printed Marilyn Monroe eulogy from Joe DiMaggio brought in a top bid of $24,320.

Posted at 08:00 AM in Asset Protection, Estate Planning Lawyer, Inheritance, Will | Permalink