« Taking a look at Estate of Late Soccer Star Diego Maradona | Main | Is the Pandemic Motivating People to Do Estate Planning? »

What’s Going on with the Estate of Kenny Rogers?

“A friend of the late Kenny Rogers is being sued by the singer's estate for allegedly producing an unauthorized DVD of The Gambler's farewell tour.” 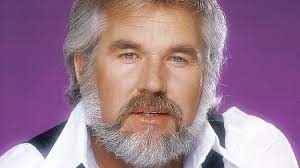 TMZ reported that the estate of the late Kenny Rogers alleged that Kelly Junkermann convinced the country and pop singer to allow him to film his last tour.

Kenny supposedly agreed but did so under the strict condition that the footage be only for personal use.

Regardless of this rejection, he moved forward and inked a deal to distribute the footage.

The lawsuit states that the tour footage is filled with "priceless and irreplaceable audio, video, photographic and audiovisual content that were compiled over the course of Kenny Rogers' decades-long career."

One of the reasons the estate wants Junkermann’s DVD blocked, is that it has its own DVD of the final tour and doesn't want fans to be confused. The estate also says that Junkermann's DVD isn't up to Kenny's high standards.

TMZ reported that the estate blocked the release of Junkermann's DVD earlier in 2020, but it cost nearly $300,000 in legal fees to be accomplished.

The Rogers estate is formally suing for damages and for an injunction blocking the DVD from Junkermann from ever coming out.

The country music icon, who passed away in March at age 81, announced his Gambler's Last Deal Tour in 2015 and completed it two years later. Officially, the star’s last show was in October 2017 at a star-studded farewell concert in Nashville. However, he played a few shows after that, until he canceled all remaining performances after April 2018.

Junkermann's DVD was actually set for presale in late 2019, but links to online vendors and video trailers are no longer working.

Junkermann also had a forward written for the package.