« How to Plan for a ‘Fragile’ Beneficiary | Main | Can You Answer Key Retirement Questions? »

“Marilyn Monroe’s estate makes millions every year. At the time of her death in 1962, the icon’s net worth was $10 million, when accounting for inflation. In 2020 alone, she made almost as much as that. But fans of the late star might be surprised to learn that it isn’t her many movies that make her estate the most money.” 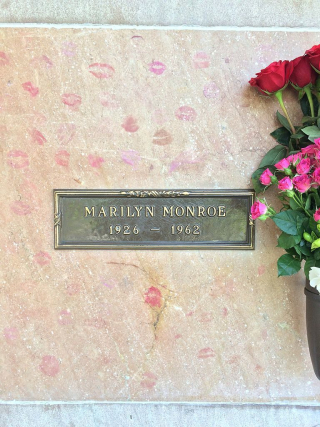 Screen siren Marilyn Monroe starred in 23 films in her career. She created the first female-owned production studio. Marilyn Monroe Productions first film produced was The Prince and the Showgirl with Laurence Olivier.

Cheat Sheet’s recent article entitled “Marilyn Monroe’s Estate Is Still Making Millions but Not Because of Her Movies” says that as she became more famous, she saw bigger paydays.

Monroe died at the age of 36 in 1962, at the peak of her fame. However, Marilyn’s star would only continue to rise. More than 58 years after her fatal overdose, she’s still one of the most famous women in history. Her face and name are instantly recognizable, and public perception around her acting abilities have only improved in the years since her death.

According to Forbes, Monroe’s estate earned $8 million this year, making her the 13th highest-paid dead celebrity, and also the only woman on the list. Marilyn Monroe’s likeness makes her millions. Even today, Monroe is still the world’s biggest sex symbol.

Forbes reported that Monroe’s likeness is used by nearly 100 brands around the world, including high-end fashion houses like Dolce & Gabbana. Her famous face is still her biggest money-maker, but her films still bring in cash to her estate. Some Like It Hot made her estate $4.5 million in 1999 alone.

Monroe never had children and she was not married at the time of her death, so she left most of her money to her acting coach, Lee Strasberg. Marilyn also left money for her mother, half-sister, and close friends. Strasberg’s second wife, Anna, inherited the estate when Lee died in 1982. It was Anna who signed the deal with CMG Worldwide to license official Marilyn Monroe products, which contributed greatly to her estate.

While Monroe wanted her personal items to be left with friends, items like the dress she wore to sing “Happy Birthday” to President Kennedy and her beloved white baby grand piano were sold by the estate. The dress was sold for $4.8 million in 2016, and singer Mariah Carey bought the piano for more than $600,000.

Reference: Cheat Sheet (Dec. 21, 2020) “Marilyn Monroe’s Estate Is Still Making Millions but Not Because of Her Movies”