« Massachusetts Museum Receives Millions from Will of California Woman | Main | Does Your State Have an Estate or Inheritance Tax? »

Latest on the Queen of Soul’s Estate 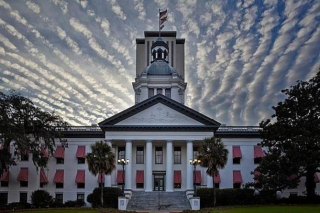 The IRS said that Aretha Franklin’s estate owed more than $7.8 million in unpaid income taxes, interest and penalties from 2010 to 2017.

The Detroit Free Press’ recent article entitled “Aretha Franklin estate reaches deal with IRS to pay off claimed $7.8 million tax debt” reports a big breakthrough. It seems that Franklin’s four sons and the IRS have reached a settlement that would expedite the payment of the remaining tax burden and allow her sons access to some of the money from their late mother’s fortune.

Aretha’s heirs have not yet inherited anything from the estate because of the IRS situation.

In a petition filed February 19 in Oakland County Probate Court, the estate said the proposed arrangement includes an immediate $800,000 payment to the IRS. This is despite the fact that the estate continues to question the total tax bill owed.

Since her death, Franklin’s estate has been steadily paying on the tax debt, as well as the constantly growing interest, as it appeals the IRS’s claimed total. As of December 2020, the balance was $4.75 million.

The new petition says the final IRS bill will be determined “by agreement or litigation.”

The agreement between the estate and the IRS details the way in which Aretha’s posthumous revenue will be distributed, until the tax debt is resolved. Backdated to January 1 of this year, it includes new income from song royalties, licensing agreements and other money streams. This agreement states that 45% of quarterly revenue will go toward the existing IRS balance. 40% would also be earmarked for an escrow account to deal with the taxes due on the newly generated income. The other 15% of revenue would be used for managing the estate.

The agreement also provides an immediate $50,000 payment to each of Franklin’s four sons and approves quarterly cash payouts to them. This proposed deal, authorized by 10 attorneys representing the sons, was submitted to the court by attorney Reginald Turner. The Detroit lawyer and incoming American Bar Association president was appointed last year as temporary personal representative of the Franklin estate. The agreement has to be approved by Judge Jennifer Callaghan to be executable.

Franklin died in August 2018, after a long battle with cancer.