How Is Truman Capote’s Estate Handling a Possible Sequel to ‘Breakfast at Tiffany's’?

“The right to create a sequel, prequel or TV series based on the popular 1961 film “Breakfast at Tiffany’s” is now the subject of a tense legal battle.” 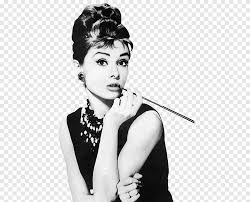 A complaint filed in Los Angeles Superior Court is to decide if Truman Capote’s estate has the right to do a prequel or sequel to “Breakfast at Tiffany's”, or even a television series inspired by the 1961 film classic.

The issue boils down to who has ownership of Truman Capote’s 1958 novella, upon which the movie was based. Prior to his death, Capote reportedly set up a charitable trust that named Alan Schwartz as the trustee.

Fox Business’ recent article entitled “'Breakfast at Tiffany's' follow-up plans now the subject of a legal dispute with Paramount and Truman Capote estate,” says that the complaint states that when he died in 1984, Capote’s estate entered into an agreement with Paramount Pictures that let the studio option a new project based on the novel.

However, there was a time limit on the studio’s right to develop a project, before it would revert back to Schwartz and the charity.

"In 1991, Plaintiff and the Capote Estate entered into an agreement with Paramount, whereby Paramount optioned certain sequel and prequel rights, among others, with respect to the film," states the complaint. "The agreement provided that, if a motion picture was not produced within a certain amount of time, the rights would revert back to Plaintiff."

The plaintiff in the case argues that the studio no longer has any claim to the property, other than to profit off the 1961 movie because its window to do anything related to "Breakfast at Tiffany's” has closed. However, Paramount says that it maintains the rights to the movie because it was under no obligation to produce a film and spent $300,000 for the right to have that option.

The plaintiff states that the reversion of ownership did take place because under the old copyright law, if Capote died during the initial 28-year term, the right to renew the copyright would have passed to statutory heirs.

The lawsuit goes on to discuss the negotiations for the charity to produce a TV series based on the story. Paramount purported is fielding numerous, potentially lucrative bids to produce something. However, Paramount has raised its objections and is said to want nothing short of a motion picture. As a result of that and the legal dispute, all negotiations have reportedly ceased.