Sometimes, Estate Tax Planning Can be a Challenge, Even for a Judge

“A judge said he remains unsure how to rule following a four-day trial, in which the IRS accused a taxpayer of using life insurance policies to avoid estate taxes.” 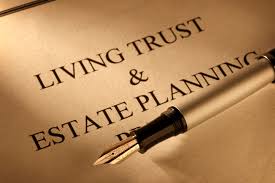 Five and a half years into the case, the question of whether six life insurance policies at their cash surrender value should be included in the deceased woman’s taxable estate is one question, and the second is whether the estate is liable for the tax underpayment penalties. The policies were purchased for $30 million, reports Bloomberg Tax in the article “$30 Million Estate Tax Going To Be ‘Hard,’ Judge Says.”

The final ruling may also have an impact on the overall attractiveness of using this type of arrangement in estate planning. Known as a ‘split-dollar’ arrangement, this is an agreement between parties to split the cost and benefits of a life insurance policy, where a party paying premiums gets an interest in the payout.

The estate in this case is connected to a set of family businesses, described as the “Interstate Group,” accumulated over the decades after Arthur Morrissette began a moving company in 1943. Arthur’s surviving spouse Clara used her revocable trust to transfer $29.9 million to three trusts for the benefit of each of her three sons. That happened in 2006. The trusts then used the funds to make lump-sum payments for six permanent life insurance policies. Each son’s trust held a policy that insured the lives of the two other brothers.

The transactions were governed by split-dollar arrangements between Clara’s revocable trust and her son’s trusts. When an insured son died or an arrangement was terminated, Clara’s trust received either a policy’s cash surrender value or all of the premium payments on it, whichever was greater. If the policy remained in place until an insured son died, Clara’s payout would be taken out of the death benefit, and the son’s trusts would receive any remaining death benefit.

The first issue at trial was the motivation for setting up this type of split-dollar arrangement in the first place. In order to exclude the cash-surrender value of the life insurance policies from the taxable estate, tax rules require demonstration of a bona fide sale or business transactions. In other words, there needs to have been a significant non-tax reason for the arrangement to be put into place.

Attorneys representing the IRS said that the primary reason for the arrangements was to lower estate taxes, where having to wait to be repaid until the sons passed, lowered the present value of the rights Clara’s trust received in exchange for the $30 million.

One of the sons said that the family entered into the arrangement, so that money from a policy’s death benefit would help the surviving son buy each other’s shares at the time of their deaths, while also repaying their mother. He said that the policies paid a better return than the family was getting by putting the $40 million in investment accounts.

If the Morrissette’s argument about motivation prevails, the tax code also requires proof that Clara’s trust received something that was worth the $30 million that she put in. Experts debate what was the best real-world exchange with which to compare the split trust arrangements.

At the end of the trial, U.S. Tax Court Senior Judge Joseph Goeke said, “I look forward to your briefs, because for me this is going to be a hard case.”

This is a complex case, and estate planning attorneys will be watching it to learn if the split-dollar arrangement has a future.