How Will the New SECURE Act Impact My IRAs and 401(k)? 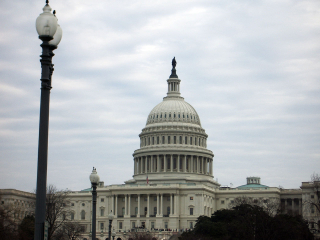 The SECURE Act is the most substantial change to our retirement savings system in over a decade, says Covering Katy (TX) News’ recent article entitled “Laws Change for IRA and 401K Retirement Savings Plans.” The new law, called the Setting Every Community Up for Retirement Enhancement (SECURE) Act, includes several important changes. Let’s take a look at them.

There is a higher age for RMDs. The current law says that you must start taking withdrawals or required minimum distributions from your traditional IRA and 401(k) or similar employer-sponsored plan when you turn 70½. The new law delays this to age 72, so you can hold on to your retirement savings a while longer.

Early withdrawal penalty eliminated for IRAs and 401(k)s when new child arrives. Usually, you must pay a 10% penalty when you withdraw funds from your IRA or 401(k) if done prior to 59½. However, the new legislation allows you take out up to $5,000 from your retirement plan without paying the early withdrawal penalty, provided you withdraw the money within a year of a child being born or an adoption becoming final.

There are provisions of the SECURE Act that primarily impact business owners, which include the following:

Annuities in 401(k) plans. The Act makes it easier for employers to add annuities as an investment option within 401(k) plans. Before the SECURE Act, businesses avoided annuities in these plans because of the liability related to the annuity provider. However, the new rules should help decrease any concerns.

Talk to an experienced estate planning attorney to examine the potential impact on your investment strategies and determine any possible tax and estate planning implications of the SECURE Act.

How Does the SECURE Act Change Your Estate Plan?

“These changes are so significant that every such plan holders should review their wishes and how their estate plans may be affected.” 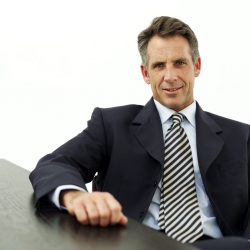 The SECURE Act has made big changes to how IRA distributions occur after death. Anyone who owns an IRA, regardless of its size, needs to examine their retirement savings plan and their estate plan to see how these changes will have an impact. The article “SECURE Act New IRA Rules: Change Your Estate Plan” from Forbes explains what the changes are and the steps that need be taken.

Some of the changes include revising wills and trusts which include provisions creating conduit trusts that had been created to hold IRAs and preserve the stretch IRA benefit, while the IRA plan owner was still alive.

Existing conduit trusts may need to be modified before the owner’s death to address how the SECURE Act might undermine the intent of the trust.

Rethinking and possibly completely restructuring the planning for the IRA account may need to occur. This may mean making a charity the beneficiary of the account, and possibly using life insurance or other planning strategies to create a replacement for the value of the charitable donation.

The biggest change in the SECURE Act being examined by estate planning and tax planning attorneys is the loss of the “stretch” IRA for beneficiaries inheriting IRAs after 2019. Most beneficiaries who inherit an IRA after 2019 will be required to completely withdraw all plan assets within ten years of the date of death.

One result of the change of this law will be to generate tax revenues. In the past, the ability to stretch an IRA out over many years, even decades, allowed families to pass wealth across generations with minimal taxes, while the IRAs continued to grow tax tree.

Another interesting change: No withdrawals need be made during that ten-year period, if that is the beneficiary’s wish. However, at the ten-year mark, ALL assets must be withdrawn, and taxes paid.

Under the prior law, the period in which the IRA assets needed to be distributed was based on whether the plan owner died before or after the RMD and the age of the beneficiary.

The deferral of withdrawals and income tax benefits encouraged many IRA owners to bequeath a large IRA balance completely to their heirs. Others, with larger IRAs, used a conduit trust to flow the RMDs to the beneficiary and protect the balance of the plan.

There are exceptions to the 10-year SECURE Act payout rule. Certain “eligible designated beneficiaries” are not required to follow the ten-year rule. They include the surviving spouse, chronically ill heirs and disabled heirs. Minor children are also considered eligible beneficiaries, but when they become legal adults, the ten year distribution rule applies to them. Therefore, by age 28 (ten years after attaining legal majority), they must take all assets from the IRA and pay the taxes as applicable.

Stretch IRA Is Useful but May Become Tool of the Past

You can call your Congressional representative but there is little else you can do. 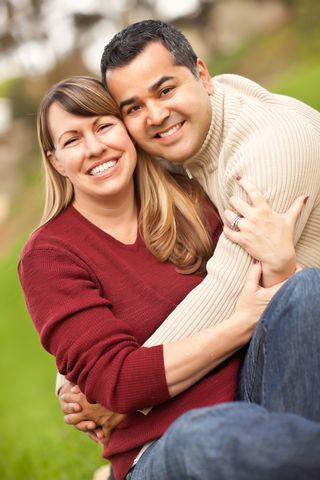 A proposed change in Congress may make it more difficult for those who wish to provide a tool for their children to build wealth and security, according to nj.com in “Your kid’s inheritance could take a giant tax hit if these bills become law. Thanks, Congress.”

For years, non-spouse beneficiaries who inherit IRAs have had the ability to stretch out required distributions over their lifetimes. That meant that inherited IRAs could say safe and sound out of the IRS’s reach, except for annual distributions that were quite small. If a grandchild inherited the IRA, the wealth stretched even further.

Depending on the final details of the legislation, the only people who will be able stretch an IRA will be spouses.

Current rules require non-spouse beneficiaries to take required minimum distributions (RMDs) every year over the course of their life expectancy, as per the IRS life expectancy tables. Because they are taken over the lifetime of a younger beneficiary, they can be small. This means the impact of the distribution on the individuals’ income taxes are minimal and the IRA can grow tax deferred over a long period of time.

Congress is looking for revenue, and the wealth of Americans in IRA accounts is in their sight lines.

First, the House passed the SECURE Act, which says that beneficiaries must completely empty their inherited IRAs within 10 years of ownership. The Senate then passed the RESA Act, which is a little different. It would allow a stretch for the first $450,000 of aggregated IRAs, then anything over thatwould have to be distributed within five years.

Both bills call for changes to apply to inherited IRAs and inherited Roth IRAs for deaths after December 31, 2019. What’s the bottom line? The Joint Committee on Taxation expects that these changes, if they become law, will yield $15.7 billion—with a “B”—in additional tax revenue through 2029.

The government would eventually get this money anyway, but this speeds things up considerably.

Let’s compare and contrast. An 80-year old woman has a traditional IRA worth $1 million. She dies and her 55-year-old daughter is the primary beneficiary. Under the current rules, the daughter’s first RMD is roughly $35,000. If the 25-year-old granddaughter was the beneficiary, the RMD would be roughly $18,000.

If the account earns an average of 5% annually, under the current rule, the granddaughter would have distributions of some $220,000 over ten years. If she had ten years to take the money out, she’d have about $1.3 million in distribution. Under the current rule, the account would have a $1.3 million balance after ten years, since the principal would continue to appreciate. Under the proposed rules, after ten years, it would be zeroed out.

The forced larger distributions will push heirs into higher tax income brackets. That will be followed by increased Medicare premiums as heirs retire with higher income. Add to that: higher capital gains rate, from as low to zero to as high as 20%. If that’s not bad enough, it could also trigger the 3.8% net Investment Income tax.

One option is to move funds from a regular IRA to a Roth IRA, assuming the investor meets all the requirements to do so. The Roth IRA distributions would not be taxable (unless those laws change) but that also requires the current owner to pay taxes on funds moved to the Roth IRA.

Another option is to consider a Charitable Remainder Trust (CRT) that names a charity as the IRA beneficiary. Upon the death of the owner, the IRA is distributed to the CRT, and the IRA owner’s heir would receive a fixed percentage of the CRT’s value for the remainder of their lives. When the heir dies, the money in the CRT goes to a charity or charities designated by the IRA owner, when the trust was created.

An estate planning attorney can advise you in creating an estate plan that fits your unique circumstances and can include protecting your IRA savings for you, as well as your family.

Reference: nj.com (June 10, 2019) “Your kid’s inheritance could take a giant tax hit if these bills become law. Thanks, Congress”